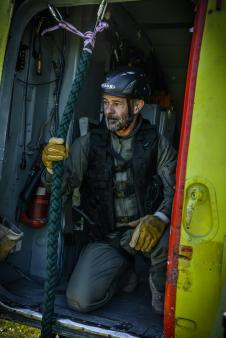 After graduating from the Faculty of Law of Charles University in 1983 Vaclav joined the police of the Czech republic as an investigator of the Criminal Police and Investigation Group. In 1990 he passed the selection for the Counter terrorist unit where he served for the next 15 years. At first as a member of the tactical team, later worked as deputy team leader of the tactical team, then commander of Special intervention group and his career ended as an shooting, tactical and special training instructor.

During his professional career he passed a wide range of foreign and home exercises, trainings and courses where he met members of units such as Delta Force, SAS, SO19, RAID, GIGN, GSG9, Cobra, BBE, NOCS or GIS. He has received many training certifications such as work at heights and jump master. He participated in interventions against dangerous armed offenders. Vaclav also tried various positions of the Czech Embassy's protection team in Baghdad, Iraq.

After leaving the Police service in 2006 he began to focus on security services, followed by training and consulting for various governmental organizations and armed forces in countries such as Kurdistan, Lebanon, Jordan, Libya, Iraq, Egypt or UAE.