Home
Articles
About us
About company 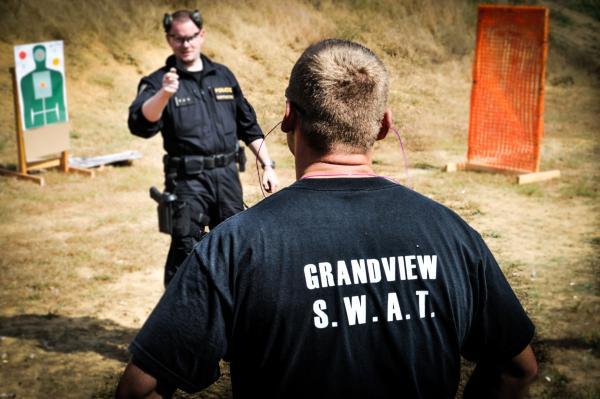 In the Year 2012 Zdenek Charvat left the service of the Police of the Czech Republic and started a career as a security contractor in Iraq. Since he had spent all of his professional as well as private life  shooting and conducting tactical training of colleagues and friends, when he was a contractor, he started to miss this activity very quickly. At the end of 2012 he obtained a shooting training license and during 2013 during his leave from Iraq, which he spent at home in the Czech Republic, together with Milos Müller held shooting courses focused on pistol and rifle weapon handling. The number of clients increased and it became difficult to satisfy all of them due to the limited length of holiday between rotations in Iraq.

At the turn of 2013 and 2014 together with new website, the name and logo of Hard Task company was created. Since that time all shooting, tactical and medical courses continued to develop to current, modern concepts. Milos and Zdenek were working full time in Iraq but due to overwhelming demand for courses and training we decided to finish our deployment, come back to CZ and devote our total efforts to Hard Task full time. Both decided to end their careers in Iraq after 4 years and began to devote themselves fully to training. The reward was an incredible 1078 students who had passed their courses that year.

The following season Hard Task realized the opportunity of its own facilities in the form of a beautiful, spacious outdoor commercial shooting range, which thanks to newly added fellow instructors reached even the incredible number of 2000 students.

Our company trains thousands of students from many countries around the world annually. Between years 2018 and 2021 over 9934 trainees visited Hard Task courses. Becoming the market leader of providers of this type of training in the Czech Republic and as well as one of the most respected training companies in Europe and the World.

The diligence and professionalism of the entire team of instructors resulted in Hard Task travelling to the United Arab Emirates where it has the honor to train, prepare and constantly maintain in shooting, tactical and medical training it‘s military and protection team operators.

According to the owner of the company, Zdenek Charvat, the key to success is a high-quality team of well-selected professional instructors, who teach only those topics in which they are regarded as leaders in the field.