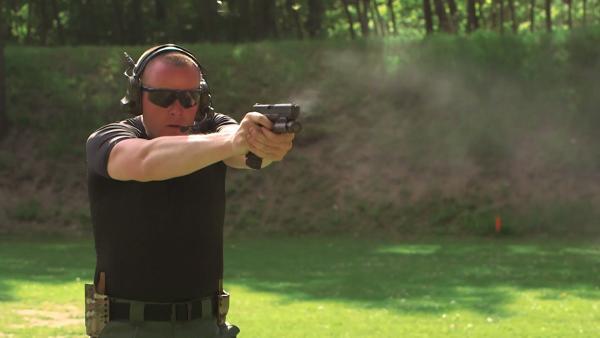 We have created a complete training videos focused on weapon handling and shooting with handgun (Tactical Pistol) and long gun (Dynamic Rifle) in tactical and civilian environments. The first mentioned video tutorial - Tactical Pistol gained about 307,000 unique views and 3500 likes in the first 7 years since launching on youtube. The second part of the video tutorial on the use of a handgun - the Tactical Pistol 2 despite the european gun ban and restrictions which effected Youtube and google too gained over 75.000 views and 2000 likes in the first two years. Within first four years the Dynamic Rifle video course was viewed by over 192,000 viewers and received over 2,900 likes. The first major achievement of 2020 is undoubtedly the Basic Sniper video course which was the first video course in the history of our company to be published in 4K quality. Within first week sniper video course got over 25.000 views and 850 likes. Now it has nearly 140.000 views and 2500 likes. The latest video courses of the season 2020 which we share with you on the Youtube are Tactical Shotgun which within a day online reached over 5000 views and 390 likes, Shotgun video course has now over 46.000 views, Dynamic Rifle 2 lunched in the summer 2020 about 32.000 views and 680 likes and our unique Low Light course which we produced in Czech and English languages. The courses reached about 10.000 views and 400 likes within first 10 days. Now both versions Cze/Eng have almost 30.000 views. In 2021 we produced CQB Basic which reached 56.000 views so far and Sniper videocourse II with 24.000 views.

All of our video tutorials and other published testing or other videos have over 2 million views. You can watch them in full quality and completely free of charge right here.