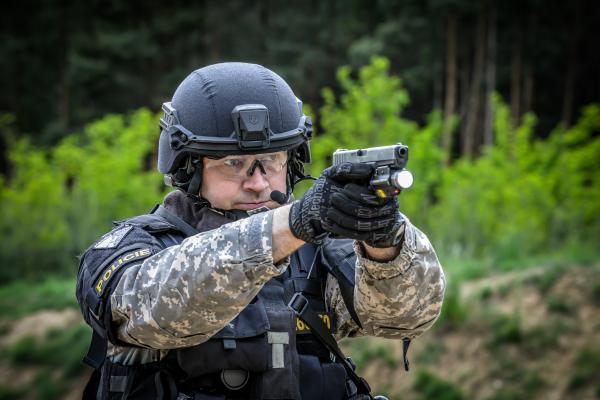 Tomas was a member of  armed forces since 1995 when he joined the The Police of the Czech Republic. Until 2000 he worked as a patrol policeman at the District Police Department. After he succeeded in the tender, he became a member of The Response unit of The Prague Police Force (SWAT). There he intervened against dangerous perpetrators, drug dealers and robbers for impressive 17 years. Since 2008, he has been a negotiator and since 2010 he has been the instructor of shooting, tactics and close combat of that unit.

For more than 23 years of career, Tomas has acquired knowledge and skills from the best in his field, for example, with US policemen attending the US Police SWAT Week in Missouri, USA, the FX Simunition instructor course in the Netherlands, the intensive CQB course at Spartan tactical Under the leadership of Jim Smith, many medical courses of the Czech Armed Forces focused on tactical medicine, Aegis Academy courses and countless of ours, namely the Hard Task courses.

His other specializations include close combat, self-defense and cold weapons fighting. These skills have been trained for more than 15 years under the leadership of Martin Hradecký in Arnis and Balaraw Fighting Club, focusing on unarmed combat, knife and short pole / telescopic baton.

He checks his shooting skills by participating in IPSC, LOS, and in the past by shooting competitions within the Police.