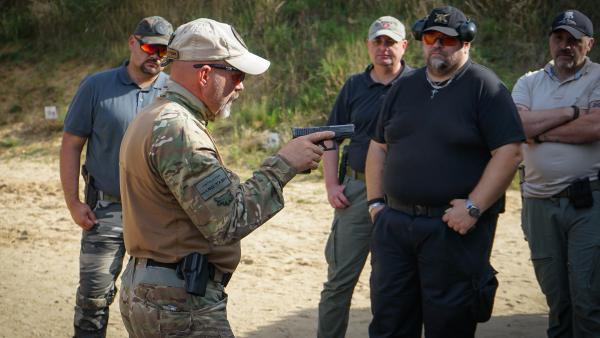 Pavel completed mandatory military service at special reconnaissance unit between Years 1991 and 1992. In 1993 Pavel joined the private security service and he was responsible for emergnency calls, valuables transport and VIP protection (by the way he ensured personal protection of important athletes when they visiting the Czech republic).

After this he started working in municipal police departments as a police officer. At first he worked several years in a county city, then he worked many years in smaller cities. He acted in regular positions and many years as a head of municipal police. Pavel worked as a K9 unit more than 20 years. He is experienced by animal control, public relations (criminal and drug prevention). Most of his police carrier he was a shooting and tactical instructor for other police officers and other police departments. He acted as an external tutor of crisis management in the field of hazardous environment in high populated area and public spaces, for example in schools.

Over the past 10 years Pavel has had several internships in the USA to join shooting & tactical trainigs in local police departments. He repeated these visits to different US states, where in addition to familiarizing themselves with modern equipment, methods of work and training of the police and rescue units, he also attended courses organized by the police for the public, for example on the topic "how to survive an active attacker".